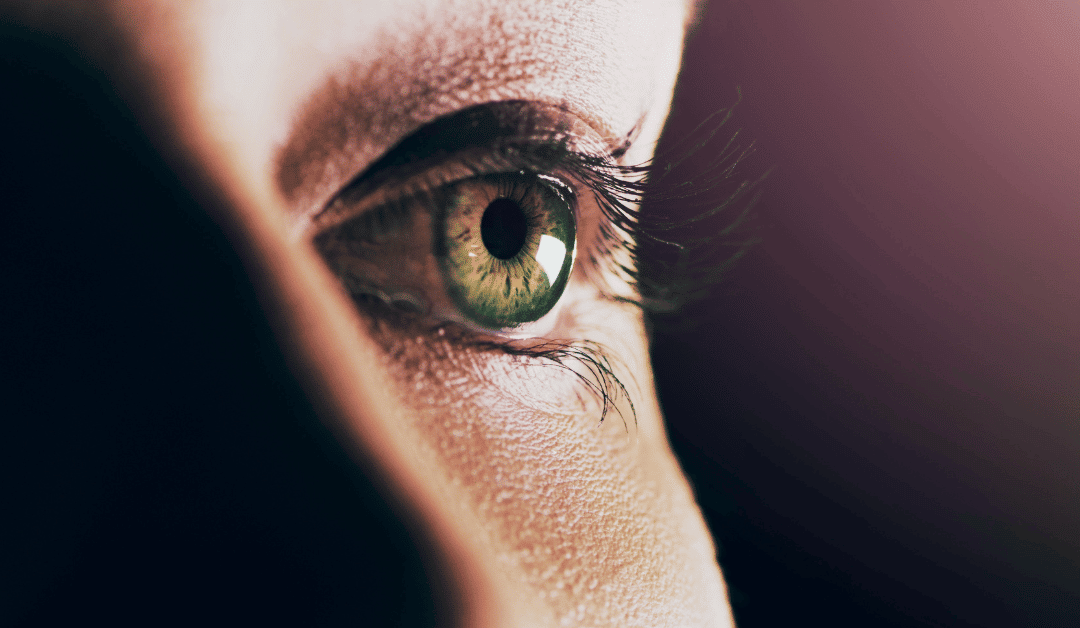 Are you going for a polygraph exam? Lie detector tests are one of the most effective tools for uncovering deceptive behavior. You can lie to someone fact and have them believe it, but lying to a machine and a trained professional is a different story. If you think you’re going to get away with deceptive behavior in a polygraph exam, think again – it’s not going to happen.

According to industry professionals, polygraphs are up to 98% effective at identifying deceptive behavior. Advocates against polygraph testing say that figure is more likely to be around 60% to 70%, but they’re using outdated statistics. A lot has changed in polygraph technology since those stats were introduced.

Polygraph has entered the digital era using algorithms and AI to detect physiological responses pointing toward deceptive behavior. Lying is getting tougher than ever, thanks to technology, and the chances of you beating a polygraph test are next to zero.

How can we make that claim? We’ve all read that polygraphs aren’t infallible. Even lie detector proponents say there’s a 2% margin for error. So, can’t you end up in that 2%? Not likely, and this post will explain why.

What Is a Polygraph?

First, let’s start by understanding a polygraph test and how it works. Polygraph technology started back in the days of the Spanish Inquisition. The evil people responsible for executing non-believers would question them and notice an increased pulse rate when people lie.

This discovery was refined in the 1870s, with the first device to measure pulse rate increases to identify when someone is lying. The tech was further advanced in the coming 50 years to identify changes in respiration rate, blood pressure, and the skin when people were lying. In the early 1920s, John Larson created the first modern polygraph, with Leonard Keeler advancing his tech to the current standard.

The 1990s saw the introduction of computerized technology integrated into polygraph systems, with further refinement of this digital tech leading us to the modern polygraph we use today. Those voices stating polygraph is inaccurate often cite studies from the late 1980s, showing inaccuracies in polygraph results.

However, the tech saw a lot of changes over the last 35 years, and today, computer-assisted polygraph technology is more accurate than ever. The polygraph uses mechanical and electrical equipment connected to a computer system running software designed to interpret the physiological changes in a person’s body connected to the equipment.

A dedicated, trained examiner monitors the software, interpreting the signals it creates when an examinee answers questions. Let’s unpack this process in detail.

The polygraph exam starts with your boss or the polygraph company administering the test, preparing you with what to expect during the event. They’ll inform you of your rights and what will happen during the exam. Typically, you’ll get 24 hours notice before the exam, and you’ll have to sign a consent form stating you’re willing to be polygraphed.

You’ll sit in a straight-backed chair when you enter the exam room on the test day. The seat will usually have a pad on it to detect unconscious movement. The examiner will introduce themselves and explain why you’re there and what to expect from the polygraph exam.

After you’re comfortable, they’ll place corrugated rubber tubes across your chest and tummy to measure your respiration rate. You wear a blood pressure cuff to measure changes in BP and a sensor on your fingertip to measure circulation changes. The examiner also attaches pads to your hands to monitor your sweat glands.

The equipment connects to a laptop running advanced software. This program interprets the equipment’s signals, creating charts the examiner uses to identify changes in your physiological response when they ask you questions.

The software model was introduced to the polygraph process in the early 1990s, and todays, versions are much more advanced than the first iterations of these programs. Today’s algorithms feature AI and machine learning, allowing the software to detect the most intricate changes in your physiological response.

Who Conducts a Polygraph?

A qualified polygraph examiner runs the show. They have specialized training at polygraph schools, and shadow experienced polygraph technicians before entering the field. They have accreditation from The American Polygraph Association (APA), and they’re licensed and bonded to operate in the state they work in.

After connecting you to the system with the equipment and software, the polygraph examiner starts the test. They begin by asking you a set of “control questions.” These questions are simple queries reading your name, age, where you work, etc. These control questions aim to build a baseline response in the software model.

When the examiner has a chart of your average physiological response when they know you’re telling the truth, they move on to the exam. This is where the real questioning begins. The examiner will run through a series of questions looking for indications of deception.

In many cases, they’re not looking to judge you on your behavior. For instance, if you think you might have too many glasses of wine at night, they won’t care about this behavior. So, it’s important not to conceal anything about you.

For instance, in the scenario of your love of wine, telling the examiner you enjoy six glasses of wine a night might seem like you’re an alcoholic, but they won’t care. However, if you were to answer “no” when they ask you if you drink, that’s a problem.

After conducting the polygraph, the examiner removes the equipment from your person, and you can leave the room. They won’t disclose the results of your test or what outcome you can expect. They’ll thank you for your time and tell you your boss will notify you of the results.

Can You Beat a Polygraph?

No, you can’t beat a polygraph. To get one over the technology, you would need complete control over the primal part of your brain and its autonomic processes. The average person can’t control their sympathetic nervous system and its response to stressors.

That said, some people claim to achieve this feat. For instance, Wim Hof, a Dutch extreme athlete, proved in medical experiments conducted by American universities that he has the power to control the body’s autonomic processes through medication and will.

Wim can control his skin temperature, allowing him to withstand freezing conditions for extended periods. He’s a world record holder in swimming in ice-cold water because he can use his mind to change the autonomic processes in his brain governing his physiological response to cold stress.

Asa result, adrenaline surges through the bloodstream, activating the “fight-or-flight” response. We developed these primal bio-mechanism thousands of years ago. When our ancestors were hunter-gatherers, they would encounter big cats on the plains of Africa and Mesopotamia.

For instance, you’ve probably been walking along at night somewhere before and felt spooked. Suddenly you notice your senses become heightened, and at the sound of a twig cracking, you take off running faster than you ever thought possible. That’s the fight-or-flight response in action.

The polygraph equipment and software measure your fight-or-flight response during the examination process. While you might think you can get away with lying to the examiner before you enter the exam room, it’s a different experience when you’re hooked up to the equipment and sitting in the chair.

From the moment the examiner prepares you with the equipment, your fight-or-flight response goes on standby. Your nervous system subconsciously realizes something is wrong, and it ready’s you for exiting the bad situation.

So, when the examiner asks you a question, and you know you have to lie, it’s like a lightning bolt hitting your head. You feel the shock of the adrenaline racing through your body as you lie. Your blood pressure rises, your breathing rate increases, your pulse goes through the roof, and you shift nervously in your seat.

The instruments and software pick this up, and your behavior stands out like a sore thumb to the examiner. That’s it. You’re done.

What are the Chances of Successfully Lying in a Polygraph?

Depending on who you listen to, your chances of lying in a polygraph range from 2% to 30%. If it’s your first time taking a polygraph, you won’t know what to expect, making the chances of pulling off a lie much harder. If you have experience being polygraphed, you might have better control over the situation.

Regardless of whether you have previous experience with lie detectors, you’ll have to have good control over the autonomic processes in the nervous system and brain, and that’s no easy feat. In fact, some people believe it’s next to impossible – unless you’re Wim Hof, and you probably don’t have 40 years of experience trying to maintain control over these bodily systems.

In fact, if you’re trying to hide something, and you’re reading this article trying to look for ways around a polygraph – it’s enough to get you to fail the exam. One of the first questions the examiner would ask you is if you studied anything to prepare to beat the polygraph. That’s not a great way to start the test.

There are No Cheats

You might have heard that it’s possible to beat a polygraph with different hacks. We hate to break it to you, but none of them work. For instance, there’s the old wives’ tale that sticking a thumb tack in the front of your show and standing on it when you tell a lie will throw off the equipment.

Then there’s the other untruth stating if you squeeze your sphincter and butt cheeks when answering a question, you’ll disrupt the signals and appear like you’re telling the truth. Both of these countermeasures won’t work for you.

All these hacks do is produce an abnormal reading in the software analysis. The examiner will instantly know what you’re doing. They’ll see this as deceptive behavior, failing you on the test.

There’s no way to cheat the polygraph. It’s an advanced, specialized tool, and thinking you can beat it with cheesy hacks is almost insulting to the people who developed the software and those years of training using it.

A polygraph is a machine. It’s sensitive, specialized equipment hooked up to a laptop running advanced software. If you can beat the machine and suppress the fight-or-flight response, you still have to get around the examiner. Talented, trained, and experienced examiners are even better lie detectors than the software.

Many at Polygraph truths have thousands of tests under their belts. They’re experts in analyzing deceptive behavior and know what to look for on the screen and on your body. An examiner has training in facial micro-expressions and body language. They know what signs to look for in your physiological response to indicate deceptive behavior.

During the lie detector test, the examiner looks at the screen. However, they record the session and review it later. During this review session, they look at your body language in sections of the test where they think you might be lying. If they notice any “tells,” it indicates deceptive behavior, and you’ll fail the polygraph.

In Closing – Can you Beat a Polygraph from Polygraph Truths?

You can try to beat the polygraph, but good luck with that. Chances are you won’t be able to suppress the fight-or-flight response, and your biofeedback will light up the screen like a Christmas tree. Just tell the truth; lying isn’t worth the hassle.