Polygraph Services for Uncovering Substance Abuse in the Home 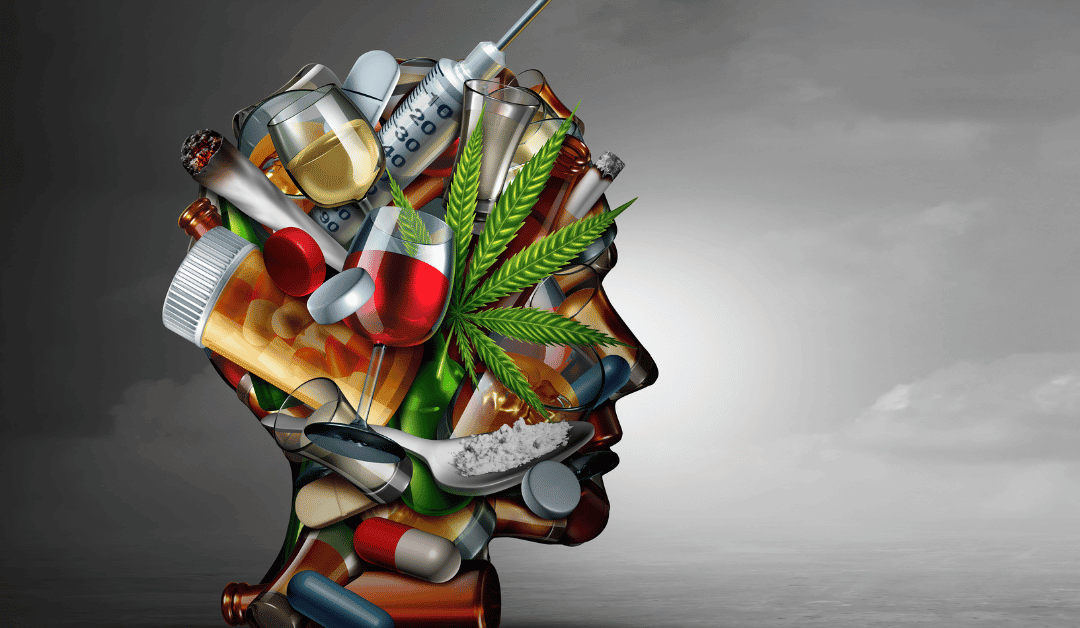 Do you think you have a family member with a drug problem? Substance abuse in the home takes on many forms. It could be our teenage daughter who got out of her depth experimenting with party drugs with her friends. Or it could be your husband dealing with an alcohol problem.

Some family members may hide their addiction from their parents or children because they feel ashamed of their actions or fear punishment. Understanding the signs and symptoms of drug abuse in the home can help you discover and remedy this situation before it spirals out of control.

This post unpacks what to look for in drug addiction and how polygraph services can help uncover substance abuse before it becomes too late for your loved ones to recover.

What are the Signs of Kids or Partners Abusing Substances?

A substance abuse problem in the home can rip apart the family dynamic. This potentially life-threatening problem might start off as something insignificant and slowly grow into a problem that’s unmanageable for the addict and the family.

While everyone fears their kids being an addict, things could get far worse than that. The addict could end up selling their body to support their habit or dealing drugs to make more money. Regardless of the behavior involved, it becomes a tragic event for the family when they realize their loved ones are lying to them and they have an addict on their hands.

Here are five behavior patterns to look for in suspected drug abuse situations. If you notice any of them, it’s time to confront the family member and see if they get the help they need to recover.

Substance abuse starts as a one-off thing before moving onto a recreational problem and eventually habitual behavior. At first, the drug user might have no indications they have any problems with drugs. They might try that line of cocaine with their friends at the bar on the weekend.

If you have a user in your home, you’ll notice changes in their physical appearance. Their eyes become red or dark and sunken in the sockets. Their skin starts turning a different texture, and they look like they’re always tired.

The physical symptoms of drug abuse vary depending on the drug of choice. For instance, a heroine or fentanyl user might always seem tired or like they’re stumbling around the house. They seem demotivated and have a lack of energy throughout the day.

That’s a different set of symptoms for the methamphetamine user. These individuals stay up for days at a time and have a hard time getting to sleep. They speak fast and may be prone to outbursts of laughter or erratic behavior.

The fentanyl user might have track marks on their arm from injecting the drug, or they have a constant sniffle from snorting lines. The meth user might develop sores on their face, and their gum line recedes from smoking or snorting the drug.

It’s common for drug users to lose their appetite. They might start missing meals and tell you they ate out with friends during the day. However, you start noticing they’re losing weight because their body isn’t getting the sustenance they need for bodily functions.

Substances like meth, cocaine, and fentanyl cause a loss of appetite, and the user feels like they physically can’t eat. Many drugs have a powerful appetite suppressant effect on the user. You might not notice the weight loss in the bringing, but it becomes apparent after a few weeks of intensive abuse.

Drug users undergo physical and non-physical changes in their lives as they move further into the grip of addiction. Their behavior patterns start to change.

You might notice your son or daughter suddenly stops hanging out with their old childhood friends and joins a new group of people you don’t know. People are who they hang around with, and if your child’s new friends seem to look like drug addicts or display bad behavior, the chances are your child is following the same path in life.

Peer pressure is a real thing, despite what the media say about it not impacting decision-making in young adults. You are who you hang around with, and if your child hangs around with addicts, they’ll adopt that behavior.

Another sign of drug abuse in the home is your child neglecting their responsibilities. If they stop cleaning their room and taking out the trash or helping you with the chores, it’s a red flag. While it’s common for teens to sleep in and rebel, sudden changes in behavior and attitude to their responsibilities are surefire signs of something changing in their life.

They may develop changes in their sleeping patterns. They stay out all night and sleep in late every day. They start missing classes at school, or a teacher calls you asking why they haven’t seen your child in class. If there’s a notable change in their behavioral pattern, it’s another red flag pointing to drug abuse.

Kids on drugs don’t want their parents to know what they’re up to. In some cases, it’s because they fear punishment, and in other cases, it’s because they want to avoid being seen as a disappointment by their folks. Whatever the reason, they start hiding their lives from their parents. They stopped telling you where they were, who they were with, and what they were doing with their time.

If this occurs with your spouse, they might tell you they’re working late at the office, or they start coming home and having a shower to remove the smell of the drugs off their clothes. They might start making cash withdrawals from their bank account and don’t have an explanation for their behavior when you confront them.

You might notice items going missing from around the house. Your kids could start stealing money from your purse or pawning your jewelry, looking for money to support their habit. When you confront them about the behavior, they deny it and start yelling at you for accusing them.

Issues with School or Work or Encounters with Law Enforcement

Substance abuse issues alter behavior and result in severe consequences for the addict and their family. You might start receiving calls from their teachers or the principal stating they’re causing trouble on campus or hanging out with the wrong people.

Or your child might start being involved in altercations with law enforcement when their friends are caught on charges of possession or they are found with drugs on their person. Your spouse might start to get arrested for DUI or possession charges and need you to bail them out using your savings.

Many substance abusers isolate themselves from the rest of the family either because they’re ashamed of their actions or because they feel they no longer fit into the family dynamic. Your tradition of Saturday movie night or Sunday dinner becomes distant memories as your family starts separating due to the onset of abuse in the home.

People with substance abuse problems experience chemical changes in the brain that dramatically alter their behavior and the way they think. These changes are never for the better. They might become more aggressive towards you, or they tell you that you don’t understand them, and they stop talking to you entirely.

It’s common for drug addicts to develop mood swings. If they don’t get their drug of choice in time to avoid withdrawal, they start fiending for the products and become irritable, moody, and hard to talk to. Some addicts may find it hard to control their emotions and become prone to outbursts of screaming or crying as they try to manage the physiological and psychological ramifications of withdrawal.

Addicts will often lie to people that love them. They may do so to avoid punishment, reprimand, or stop the parent or partner from discovering their problem. They become comfortable with lying to their parents or spouse. They justify this behavior to keep the other family member from worrying about them or stopping them from leaving their new lifestyle choice.

Lying becomes second nature. They lie about where they are, who they are with, what they are doing, and their future plans. They may get so good at lying that they can stare you in the face and tell a lie without presenting body language indicating deceit.

If your child or partner becomes disinterested in their life or what the rest of the family is doing, it could be a sign of drug abuse. Addicts often withdraw from the family dynamic. While everyone else is downstairs playing board games in rainy weather, the teen addict is upstairs in their room, isolating themselves.

The thought of joining the family for fun becomes torture because they no longer identify as part of the family dynamic, or they become afraid that someone may identify their physical appearance or behavior as that of a drug addict.

Parents might start finding drug paraphernalia in their teens’ rooms or clothing. For instance, the teen forgets they left their meth pipe in the pocket of their shorts before throwing it in the wash. Or you find small empty baggies they neglected to dispose of correctly.

Drugs cost money, and many teens don’t have the financial resources to pay for their habit. They resort to stealing from their family or businesses to get cash for their addiction. They might wind up being part of credit card fraud rings or other financial scams to get the money they need to find their habit.

Some teens might rack up large debts with dealers, and then the dealer visits you when the teen or spouse can no longer afford to pay their debts. The dealer may take items from your home or threaten your family with violence or kidnapping if you don’t pay the debt.

A professional polygraph service can help you uncover substance abuse in your home. When faced with the potential of taking a polygraph to discover their problem, many addicts will break down and admit to their deceptive behavior.

If the addict is not too far gone, there’s a chance you can save them from a life on the streets. However, you have to get them to admit to their behavior, and some addicts may refuse to tell the truth, even when they know you know they’re lying.

Getting them to agree to take a polygraph is a great way to uncover their secretive behavior and out their experience as a drug addicts. However, some addicts may decide to reject the exam and choose to leave the family instead. Each experience is different, but polygraph presents a way of discovering the truth.

What to Do about Substance Abuse in Your Family

If you have a teen drug addict in your family or your spouse abuses substances, it’s not the end for them. There’s a chance that it’s not too late, and you can admit them to a recovery program. However, you must get them to understand they have a problem and need help.

This is easier said than done. Many addicts would rather abandon the family dynamic than admit to a drug problem and rehab. Try an intervention to get them to understand what they’re doing to the family and that you love them. Or intervene with professional help to get them to commit to rehab and recovery programs.